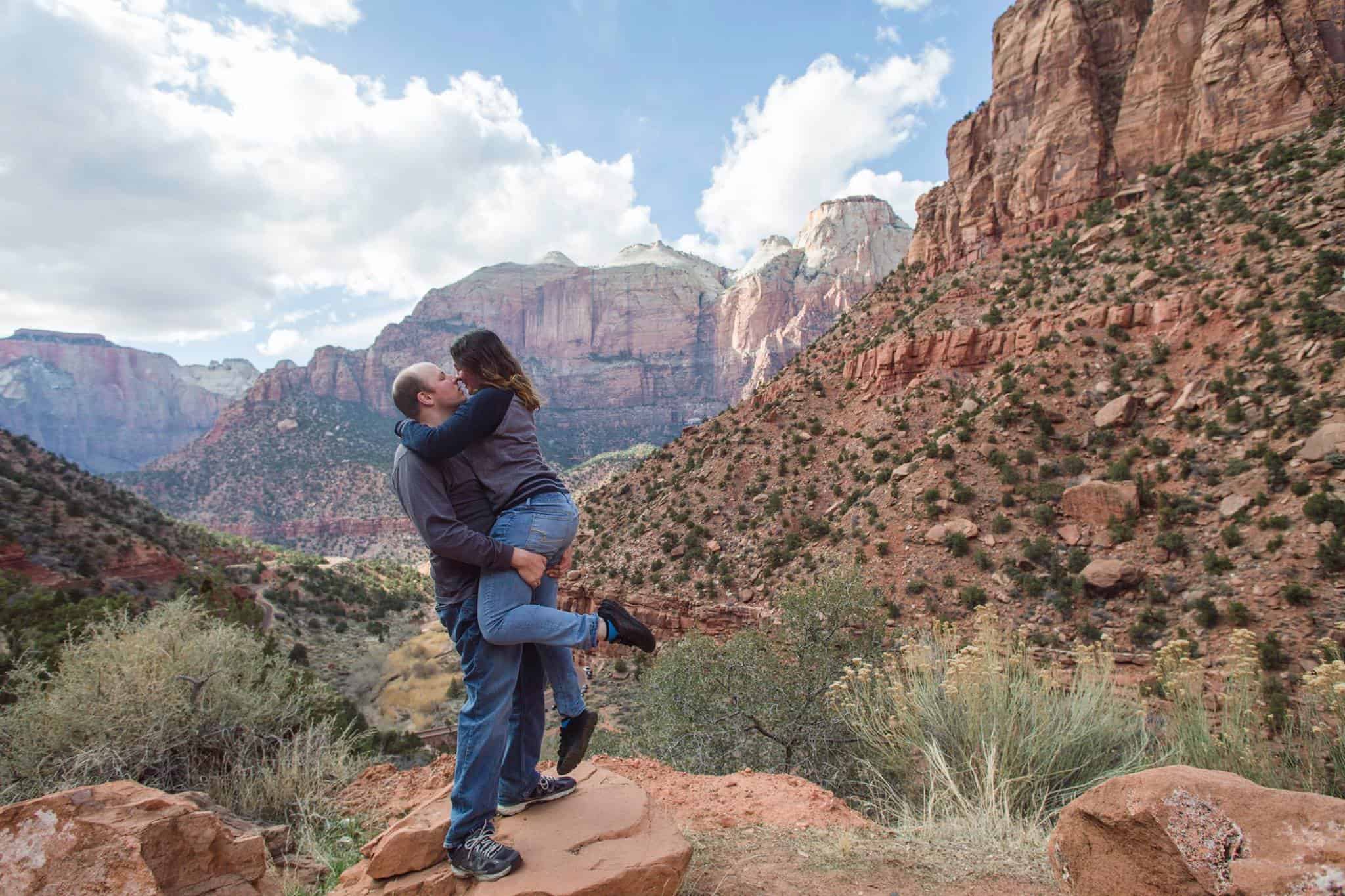 Elizabeth + Kyle | The Story of Us

I’m currently in the middle of wedding season and going a bit crazy with all the weddings in my queue. Despite the craziness, I decided to take a break today to celebrate my husband’s birthday. I’m entitled to a day off, right? Let’s be real, I’ll still be working late tonight trying to finish some things up.

We’re also celebrating our one year anniversary on Monday, so I decided to do something a little bit different on my blog. I wanted to introduce you to us!

I introduce you to all my amazing couples, but I’ve never once really talked about us. I’m not a very open person. In fact, some people closest to me might not even know all the details of how we met or really who Kyle even is. He’s real, I promise!

Whenever I’m preparing for an engagement session, I have a questionnaire I send out to all my couples. I thought I would begin this post by answering those questions myself. Enjoy!

How did you meet and how long have you been together?

We’ve been together for a little over 5 years now and for the longest time, I refused to tell anyone how we met. I always made up a story about meeting through mutual friends… which wasn’t necessarily untrue. We actually met on Tinder before online dating was really even a thing. At the time, I was living in a small town in the middle of nowhere Kansas (Hays) and working at their newspaper. I was back home on vacation and met up with one of my best friends. She had just downloaded Tinder to mess around with guys and see all the hilarious profiles. I wanted to join in on the fun, so I also downloaded the app. It started out as a joke and I never expected to actually meet anyone on there.

Then, I came across Kyle’s profile. His bio said “I’m a chemistry teacher. Yes, I know how to make meth.” I had to know more, so I messaged him “Is that a selling point for you?” We continued having an amazing sarcastic conversation for the next few days. Anyone who can keep up with my sarcasm is definitely someone special. I learned later on that he had only downloaded Tinder a week or so earlier and I was the first one he seriously talked to. Since I was only in town for a few more days, he asked if I wanted to meet. I agreed to grab coffee with him (the original plan was dinner, but I’m not going to get into that story right now). So, we met at Starbucks. I had wayyyy too much coffee and we talked for a few hours about everything you’re not supposed to talk about on a first date (politics, religion, etc). I remember leaving there thinking “He’s nice, but it probably won’t go anywhere.” Since I didn’t even live in Kansas City, I definitely wasn’t planning on starting anything long distance. I never thought I would end up marrying him.

We continued talking for the next few weeks and I actually got a job offer in Maryville, Missouri, which would make us only an hour away from each other. At that point, we decided to make it official and the rest is history. I moved back to Kansas City 6 months later.  He has stood beside me while I started my business and struggled to figure out what I wanted to do with my life after journalism didn’t work out.

Kyle can’t do anything the normal way. He can’t just make a fancy reservation and get down on one knee. Kyle, in fact, did not get down on one knee and did not actually ask me to marry him. At least not in the traditional sense. We were on an Alaskan cruise with a few of his good friends. On the first port day, we planned on hiking up a mountain. I asked if it was a hard hike and he said no. It was hard. Throughout the long hike, I angrily said to him “there better be a ring at the top.” I really did not expect a ring since he had told me multiple times that it would be too predictable to propose on our cruise. Once we got to the top, we sat down on a rock. I, once again, jokingly said: “where’s the ring?” He said, “you mean this ring?” I still didn’t expect it despite joking about it multiple times. He asked if I would spend the next 79 years (it’s an inside joke) with him on top of that mountain in Alaska.

What are your favorite activities to do together?

We love hookahing on our deck while working. It’s a nightly thing. Since we spend 90% of our waking hours working, there isn’t much time for hobbies. We like watching tv, so I guess that’s something.

Do you have any pets?

If you know me or follow me, you know I love cats. I have two cats. Kyle’s cat is named Sorin, after Magic the Gathering, and my cat is named Vanilla, after Vanilla Latte. Up until February, we had a third cat named Jace, also Magic the Gathering. He sadly passed away. We met Sorin and Vanilla on the same day at Wayside Waifs. He wanted another cat to keep Jace company and I happened to fall in love with Vanilla in the process. We had been together for a month at this point and I had no intention of having a cat in my small Maryville apartment.  I decided against getting her, but couldn’t stop thinking about her. I went back in (6 years ago today actually) and picked her up. We always joke about how Vanilla is the best birthday present I’ve ever gotten Kyle since her gotcha day just happens to be on his birthday. She still isn’t his biggest fan and I suck at presents, making her pretty much the only thing I’ve ever gotten on his birthday. In case you were wondering why we had two cats named after Magic, Kyle used to be a professional card player and it was a big part of his life for a long period of time.

Where do you work?

We are both extremely busy people and probably enjoy working way too much. I run my business and Kyle is a high school chemistry teacher. He also has a pretty successful eBay store.

Question for Elizabeth: What do you love most about him?

His work ethic and the fact that he’s the smartest human I’ve ever met.

Question for Kyle: What do you love most about her?

Your intelligence and dedication (I’m so surprised I got a serious answer from him when I texted him this question.)

I have a few more questions I usually ask my clients, but they’re not as appropriate since we aren’t currently planning a wedding. Instead, I wanted to talk a little about our wedding. I’ve been meaning to write an entire post about our wedding, but I just haven’t gotten around to it yet, probably mainly because I’m a private person and very few people have seen my wedding pictures.

We were married on October 14, 2018. I chose this date because the number 14 has always been important to me and I loved the sound of 10.14.18. October is also generally a good month to get married since it’s typically not too hot and not too cold.

I knew I wanted an outside wedding and nothing would stop me from having my dream outside ceremony. I even put on the invitations “outside rain or shine.” Well, the universe said, “challenge accepted.” It did not stop raining on my wedding day. It was also around 40 degrees with 20 mph winds. We were all wet, cold, and uncomfortable. In fact, it actually snowed on my wedding night. Despite it not being the day I pictured, we still had a great time.

That’s all for now! Happy anniversary week to me and thank you so much for reading the story of us!